This time we have waited a bit longer before publishing a recap of the recent news from PHP-FIG, but we have a lot to share; let’s start! 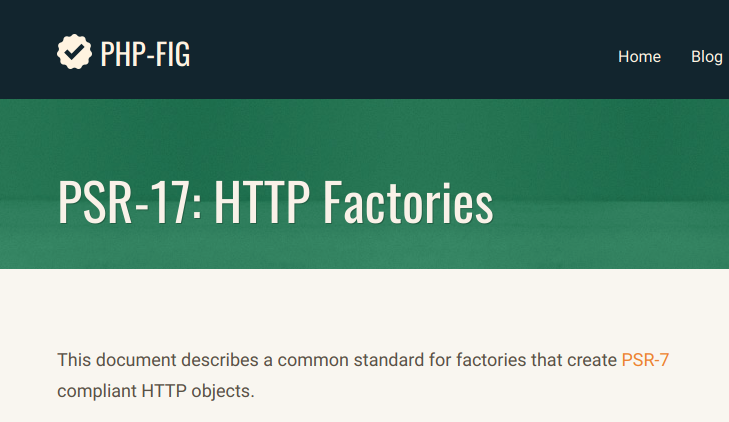 The new official page for PSR-17

During this three months period, PSR-17 went from draft to approved! This new standard recommendation is related to the HTTP messages world, and it constitutes “a common standard for factories that create PSR-7 compliant HTTP objects”. This is another piece of the puzzle to increase interoperability between HTTP clients and/or frameworks in the PHP world; the spec is now published on Packagist, and already has a non-trivial number of implementors.

Another HTTP-related PSR which is in the works is PSR-18, which is about HTTP clients. Tobias talked about it in our previous story, and in the meantime the working group has pushed for a readiness vote, and now the spec is on the review phase.

The most recent piece of news is the August election, since we had two Secretaries and four Core Committee seats to be filled or renewed.

For the secretaries, I (Alessandro Lai) got confirmed for another term, and we got onboard a new one, Ian Littman; for the CCs, the three standing members (Cees-Jan Kiewiet, Lukas Kahwe Smith, Samantha Quiñones) got confirmed, and the vacant seat has been filled by Chuck Burgess. Congratulations to you all!

Last but not least, one of the most active working group right now is the PSR-14 one, which revolves around event dispatching.

The group is working at a great pace on the spec, and Larry Garfield (the editor) has posted numerous times on our mailing list with recaps of their work. The spec has already taken form on GitHub, and the group’s members have produced a few working implementation to flesh it out.